The Provincial Growth Fund is working at a reduced capacity due to New Zealand’s COVID-19 Alert level status. There may be delays in responding to queries. 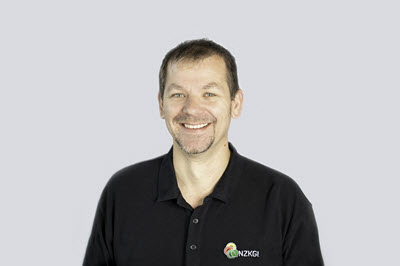 His job is to help facilitate seasonal recruitment in an industry that is growing fast and facing ongoing and significant labour shortages.

Over the past few months, Gavin has been working with the industry including labour contractors to coordinate the sector’s worker requirements. He has also been championing in an industry that has kept him interested and engaged for the past eight years.

“I’m a great example of why kiwifruit is a good sector to get involved in,” he says. Until I joined the industry, the longest I’d held a job was two years. In this business, no two days are the same. It keeps me interested.”

Gavin’s role is funded through the Provincial Growth Fund. The funding is part of an investment package aimed at growing the Eastern Bay of Plenty economy with co-funding from the Ministry of Social Development and NZKGI.

Minister for Regional Economic Development Shane Jones announced the funding last December. In May this year, he also announced that the Fund will invest $1.1 million in six horticulture career coordinators nationwide to tackle labour supply issues facing the horticulture sector.

The Ministry for Primary Industries’ regional economic development team supported NZKGI on its funding applications for these roles, including Gavin’s. MPI works closely with the organisation, a key player in the kiwifruit industry. The Bay of Plenty is responsible for nearly 80% of New Zealand’s kiwifruit production.

“This is crucial work because kiwifruit exports are a big earner for the region, and the sector is growing quickly,” says Rebecca Lyon, MPI’s Development Manager for the Bay of Plenty region.

“Growers are already struggling to find workers, and these shortages are only going to get worse unless we take practical steps to address them now.”

Gavin’s specific role is to manage seasonal recruitment initiatives in conjunction with growers, contractors and packhouses. Some of his work has also involved looking at longer term outcomes for the industry. This includes helping to run a series of surveys among permanent and seasonal workers to better understand employment trends and predict how many employees the industry will need over the next 10 years.

Gavin grew up in Marlborough and left Blenheim when he was 16. He trained as a chef in Nelson, before joining the army for a couple of years. He moved to Wellington where he took up various roles in hospitality. Eight years ago, he took up his first role in the kiwifruit industry, as an employment officer with Mount Pac. He progressed rapidly, becoming pack house operations manager within five years.

Gavin, who now lives in Tauranga with his wife, says his wide-ranging work experience has helped him in the new role.

“Seasonal labour can be a gateway to longer term work. There will always be a need for seasonal employees, but there are also longer term options.

“This is a booming industry, it’s growing exceedingly fast. You could start as an orchard pruner earning around minimum wage and move up to become an orchard manager earning more than $100,000.”

Export revenue of New Zealand kiwifruit reached over $2.6 billion for the 2018/19 season, a 24 percent increase over the previous year.

Gavin says the labour shortages are also an issue in other sectors such as the construction and hospitality sectors.
“We need to address this on several levels, by attracting more people to the industry as well as potentially working with other sectors to provide consistent work for people.”

NZKGI have developed a useful guideline to better understand seasonal work in the sector.