Taranaki one step closer to a hydrogen future

The Provincial Growth Fund (PGF) is helping Taranaki towards a low emissions hydrogen economy with a $260,000 boost to a New Plymouth based gas pipeline project. 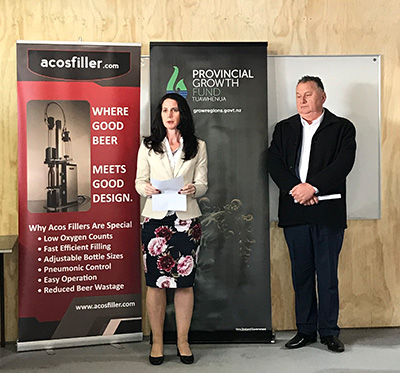 The funding announcement was made last week, following the Government’s release of its plan outlining how it hopes hydrogen fuel will be used in New Zealand.

First Gas Limited is the company behind the pilot, and its Chief Executive Paul Goodeve says that its the first of its kind.

“This is the project that will work out how hydrogen can be used and distributed. It will result in the first-ever commercial pilot in New Zealand of hydrogen from production to distribution to end use,” Goodeve said.

The company is the owner of all natural gas pipelines in the North Island. They will use the funding to investigate whether they can use this existing gas grid to transport hydrogen. Hydrogen is emissions-free at the point of use and can be created out of abundant renewable sources, such as water.

Regional Economic Development Minister Shane Jones said that the investment was about supporting the region’s future.

“The Government is committed to supporting Taranaki in its transition to a low emissions economy. This initial investment will take important steps towards potentially utilising existing gas infrastructure as part of the region’s clean energy future,” Jones said.

Angela Olgier, Transmission Commercial Manager at First Gas, said at the announcement that Taranaki was a centre of energy expertise, and that the PGF funding is allowing the region to apply that expertise to renewable energy.

“It allows us to take that expertise that’s growing in Taranaki and apply it to a zero carbon future. That’s really important for jobs in Taranaki, and actually supports the Government’s hydrogen strategy that was released recently, so it means that Taranaki can play a part for generations to come in the provision of New Zealand’s energy,” Olgier said.